What are the symptoms of SIBO?

How do I know if I've got SIBO?

SIBO  results when a circumstance – such as surgery, certain medications, and disease – slow the passage of food and waste products in the digestive tract. This in effect creates a ‘buffet line’ for the bacterial overgrowth present in the small intestine. By now, you must have an inkling of what happens when the excess bacteria feed on undigested food: yes, gas. Lots and lots of it. That’s because the fermentation of sugars and carbohydrates produces hydrogen. This in turn, feeds single-celled organisms (known as archaea) which then produce methane. Thus, bloating.

And of course, all that gas has to go somewhere. A tiny part of it is absorbed into your bloodstream, sure, but most of it needs to be passed out of your body. So, if you feel like you’re desperately holding back your gas more than you should be, SIBO is a real possibility.

To be sure, continue reading:

SIBO is typically mistaken as IBS. And it isn’t difficult to see why – especially if you were to judge based on the previous symptoms (i.e. abdominal bloating and flatulence). That’s where looking out for, or, rather, smelling, the next of the symptoms of SIBO comes in handy when it comes to answering the question: ‘Do I have SIBO?’ And that is oily, foul-smelling stools.

As it turns out, the excess bacteria found in the small intestine don’t only ferment carbohydrates and sugars to produce gas. Instead, they also break down bile salts, which are normally needed to digest dietary fat. This results in poor fat absorption. Thus, leading to oily, smelly, and floating stools. Not pleasant. So, you know what to do the next time you visit the toilet, right?

Are you dropping pounds unexpectedly–even though you haven’t done anything different with your diet or exercise regimen? While you might have welcomed this unexpected weight loss, bear in mind that it could also be one of the symptoms of SIBO. That’s because the bacterial products–from the digestion of food and waste material–can damage the mucous lining of the small intestine. This results in decreased absorption of carbohydrates and proteins. Now, add poor fat absorption to the mix, and what do you get? That’s right: malabsorption of all 3 primary macro-nutrients in your diet.

That said, weight fluctuations are normal. How do you know if the amount of weight you’re losing is cause for concern? Well, unexplained weight loss is defined as the unintended loss of at least 10 pounds or 5% body weight over 6 to 12 months. If you’ve lost that amount or more than that, it could be because of SIBO.

Living with a finicky stomach often means living with unpredictability–one week your digestive system is gurgling along fine, the next you’re bloated, dealing with stabbing abdominal pain, uncontrollable diarrhoea, and excessive wind. It’s debilitating for sure. So debilitating that you may have–out of pure desperation–tried every diet and cure for irritable bowel syndrome (IBS). But, of course, your digestive symptoms never truly went away. Why? You could be suffering from small intestinal bacterial overgrowth (SIBO) instead.

SIBO is a digestive disorder that occurs when there is an abnormal increase in the overall bacterial population in the small intestine. At this point, you must be thinking, ‘Okay, how do I know if I’ve got SIBO?’ Great question. Keep a lookout for the  3 symptoms outlined to the left. 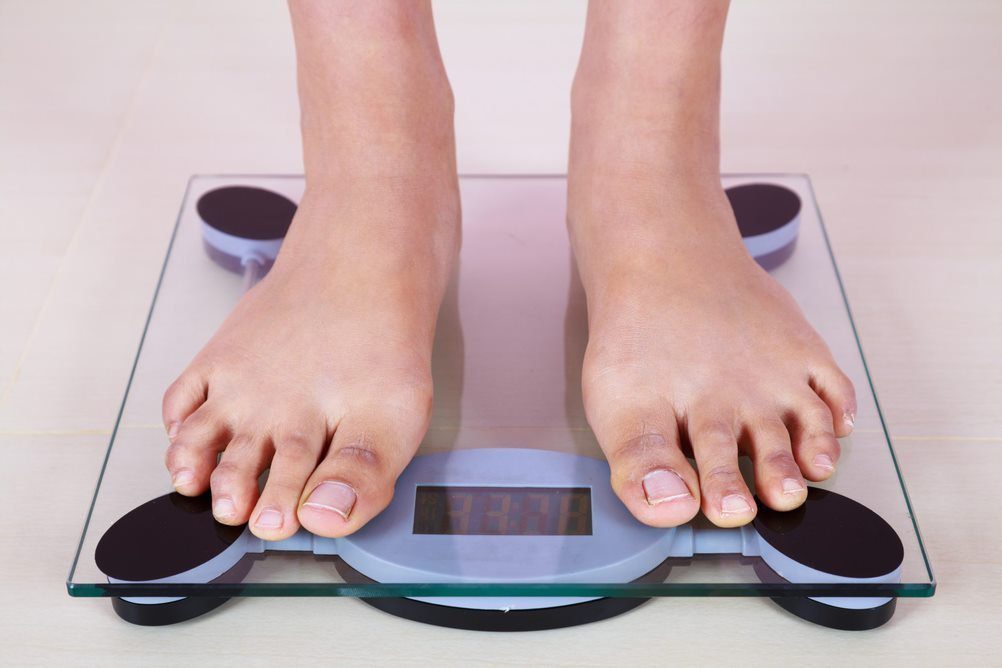 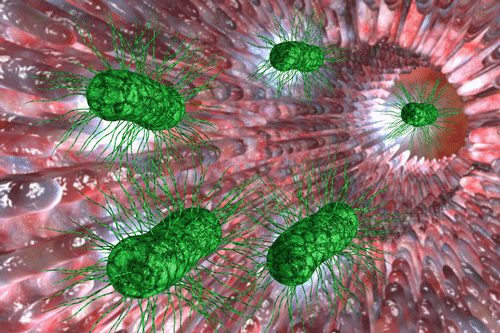 What are the other symptoms of SIBO?

It is also possible that SIBO could be associated with other disorders either as a cause or effect. These may include:

We now know that in many cases SIBO is a result of acute gastroenteritis or food poisoning. But it can also be associated with the following risk factors:

If you think that you recognise some of these symptoms of SIBO, then as a next step read our comprehensive guide into the 3 main types of SIBO tests. Understand more about what each involves, and how we can help you to test effectively for SIBO.

Depending on your dietary reference, personal circumstances and any other health conditions you may have, we will recommend some form of restricted carbohydrate diet to you.

Specific Carbohydrate Diet (SCD)
Depending on your dietary reference, personal circumstances and any other health conditions you may have, we will recommend some form of restricted carbohydrate diet to you. The reason for the restricted carbohydrate intake is that most bacteria consume carbohydrates found in fruit, vegetables, starches and grains to thrive. The goal on a SIBO eradication programme is to discourage bacterial overgrowth so that you feel more comfortable (reduce symptoms) and that bacterial growth isn’t promoted. Our default is to recommend the least restricted diet as is feasible (taking into account the job in hand and all of your personal information) without compromising the success of the approach. What further determines our recommendations are whether you also have issues with histamine, salicylates, oxalates or have an auto-immune disease. In which case a combination diet might be most appropriate.

The length of time needed on the restricted carbohydrate diet varies enormously and can be a number of weeks to several months depending on symptom severity. It should also be noted that dietary restriction alone is unlikely to resolve SIBO permanently, it must be combined with some form of antibiotic (traditional or herbal).
Traditional Antibiotics

The typical course duration is 2 weeks. This antibiotic whilst mentioned in much of the SIBO research is not approved for use in the UK so not readily prescribed by GPs but may be obtained by private prescription or by appointment with your gastroenterologist, at personal significant cost.


Please note that if your hydrogen breath test shows high hydrogen levels (over 40ppm in the first 90 minutes of the test) then it may be necessary to take more than 1 course (i.e. longer than 14 days) of Rifaximin as typically gas levels fall by 30-40ppm per 14 days of the antibiotic. Whilst you may not need to overly restrict your diet whilst taking Rifaximin, you will need to implement and maintain some form of reduced carbohydrate diet to prevent the SIBO from re-occurring. As such Rifaximin is not the easy option and has been shown to be no more effective than Herbal Antibiotics in resolving SIBO (chedid et al, 2014) https://www.ncbi.nlm.nih.gov/pmc/articles/PMC4030608/

Herbal Antibiotics
Which may include Oregano, Allicin, Berberine and Grapefruit Seed Extract. A combination of these is recommended and is very effective. These herbal antibiotics should be taken for a longer period than the antibiotics but they can be safely continued for longer periods of time.
Elemental Diet

This involves the use of a liquid diet containing pre-digested food which is rapidly absorbed in the upper part of the small intestine and in so doing feeds the host and not the bacteria. The diet needs to be taken for 14 days and is considered to be very effective. Unfortunately the shakes are not readily available in the UK (US brands such as Vivonex Plus are shown in the research studies) and we understand that the USA formulas are not very pleasant tasting.

IBS Clinics do not offer the use of elemental formulas for SIBO on an exclusive basis (i.e. no solid food for 14 days). We do believe that that there may be a value for some people in using an elemental formula for 1 or even 2 meals daily, to rest the gut. Our preference always is to work “food first”.

IBS Clinics Approach
IBS clinics uses a combination of a restricted carbohydrate diet (several types) in combination with herbal antibiotics. We have found this method to be extremely effective and as successful as Rifaximin and other antibiotics in the resolution of SIBO. 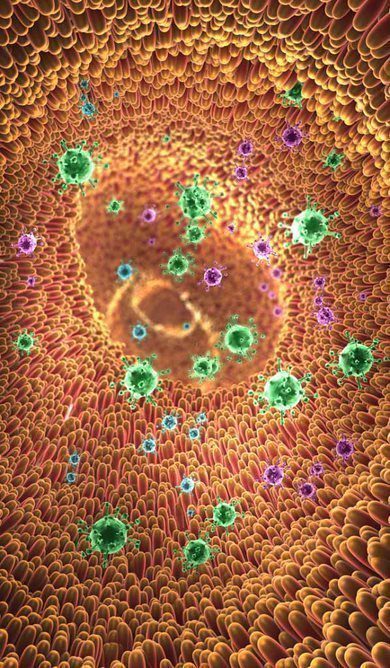 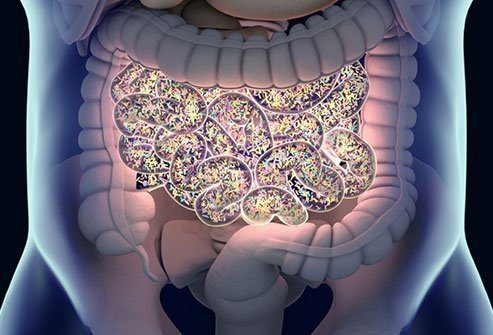 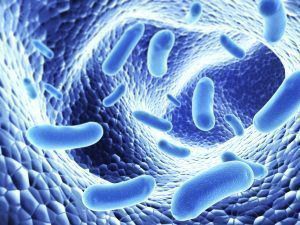 How do I know if I really have SIBO?

Here’s the truth. You’ll never know for sure (like 100%) if you truly have SIBO unless you get tested. But here’s some good news: you don’t have to travel to a doctor’s office for that. Instead, you can find out right from the comfort of your home by ordering yourself a diagnostic test for SIBO. Have questions? Reach out. We’re happy to help. Also you can read more about SIBO tests here>

This question has been posed a lot recently and as a nutritional therapist who specialises in IBS my experience is that SIBO – or some degree of bacterial overgrowth – is present in the majority of IBS patients I see.

For some people, a bacterial overgrowth is the predominant factor in their IBS, whilst other people have what I have termed a Small Intestine Microbial Overgrowth (SIMO).

It’s worth remembering that if you have a motility issue with your small intestine then all forms of microbes, not just bacteria, can overgrow – yeasts and parasites too. In any event, it pays to undergo some clinical tests to identify the type and severity of your own form of SIBO and, once known, this information can guide as to the type of diet and supplements which are most appropriate.

How Does SIBO affect us?

Is SIBO an auto-immune disease?

It is common for IBS symptoms to be experienced following acute episodes of infectious gastroenteritis or food poisoning. This is considered to be IBS-PI or post infectious IBS. Many patients link their IBS symptoms with being ill on holiday or following a gastro bug or make the link when prompted.

When infected with a gastro bug, the bug creates toxins, and in some instances a person’s immune system makes antibodies to attack and neutralise them. Once the infection has cleared, the antibodies remain in circulation in the body in case they are needed at a later time.

However, the toxin antibodies can mistake a special protein in the wall of the small intestine called – vinculin – needed for normal gut function – for the bug toxins. The immune system then sees the special vinculin proteins as the enemy and attacks them. The antibody attack on the vinculin affects normal gut function and can cause IBS symptoms.

Further research is underway to create a blood test for the vinculin antibody, as this will be a huge help in identifying Post Infectious IBS/SIBO.

What is The Etiology of Post infectious IBS (PI-IBS) ?

The Etiology of Post infectious IBS (PI-IBS) or as it is sometimes called the speculated method of SIBO caused by food poisoning, is as follows:

The risk of PI-IBS increases 7 fold after infectious gastroenteritis and there are 4 main infectious organisms causing acute gastroenteritis (food poisoning):
Furthermore, Patients with history of food poisoning and IBS are 5 times more likely to get another episode of food poisoning due to the slowed Migrating Motor complex (MMC) of the small intestine.  The MMC is a special house keeper wave which sweeps food debris and bacteria from the small intestine into the large intestine when a person is fasted (so approximately 90 minutes after each meal) and over night when you are sleeping. If MMC function is impaired bacteria can build up and overgrow in the small intestine, a major cause of SIBO.

It also takes fewer and fewer bacteria in each exposure to cause food poisoning, so having SIBO once makes you more susceptible to another episode of food poisoning. 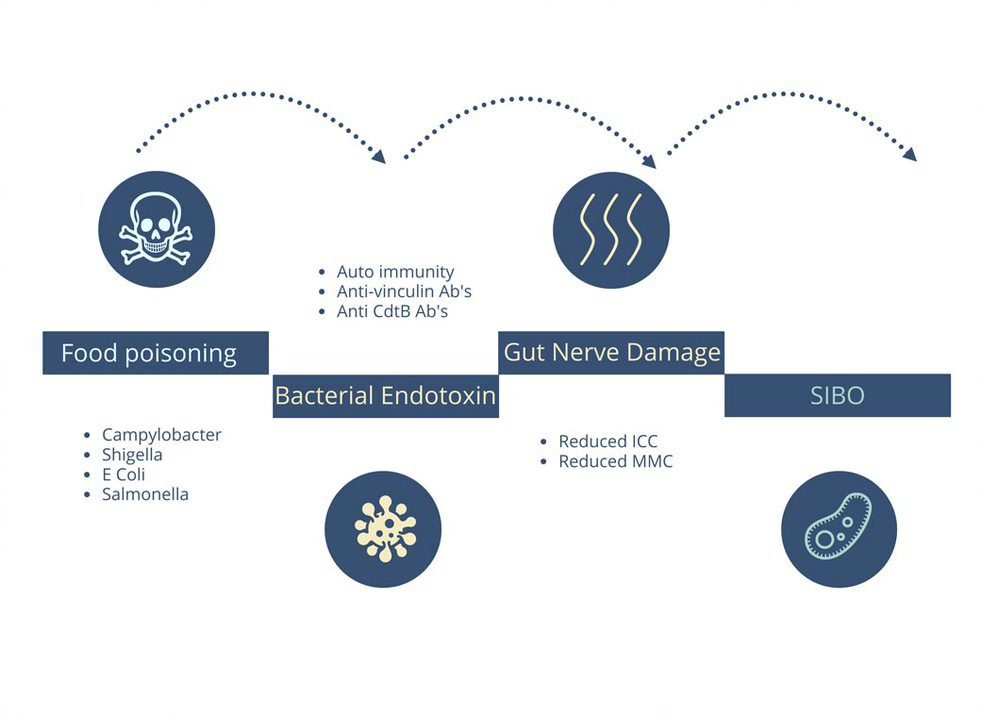