Why is your gut health important?

A healthy gut microbiome contains bacteria and immune cells that ward off infectious agents like bacteria and viruses. It also communicates with the brain via nerves and hormones,  helping you to maintain general health and well-being.
Your gut microbiome one of the most complex and fascinating systems in your body. Its function has direct links to the health of other organs such as the brain, kidneys, skin, sex organs and heart. The gut is one of the major players in immune regulation. It also has a significant influence on chronic medical conditions. That’s conditions like depression, obesity, diabetes and even cancer.
Today digestive diseases are on the rise. Around 6-8 million people around the world suffer from some form of bowel condition. According to the NHS, in the UK, the most diagnosed gastrointestinal conditions is irritable bowel syndrome (IBS).
In the UK, around 15% of people have suffered from the symptoms of IBS at one point in their lives, with 67% of those being women. In fact, IBS accounts for around 10% of all GP visits and 50% of all gastroenterologist appointments in the UK. IBS Clinics’ focus is on how to improve gut health naturally.

How can you aid your gut health?

Your digestive system as a whole is fundamental to your overall health and well-being. By making the right choices you can help your body stay in balance.
The food that you choose to eat has a big impact on your gut microbe and so your gut health. Heartburn, bloating and constipation are signs that your choices are not optimal. If you experience these symptoms we suggest that you start using a food diary to see to record possible between your symptoms and certain foods.
A balanced diet is rich in fruits and vegetables. They provide the fibre that the gut needs  to build good gut bacteria and health. Indeed fibre rich foods are generally important to a balanced diet. Pasta, wholegrain cereals, berries, pears and oranges, pulses and vegetables all contain fibre, are wide available and easy to include in meals.
Generally avoid fried foods and consume alcohol and caffeine in moderation. None of these are healthy in large volumes.
If you do want to drink a glass of red wine appears to have a beneficial effect on your gut microbes. A recent study
Also wherever possible use extra-virgin olive oil other than other oils and fats
You gut microbe works to a schedule. So if you are not getting enough sleep the schedule can get disturbed. This also important for gut health. It is not unusual for people with disturbed sleep to suffer from nausea, bloating, constipation and other digestive concerns.
Also regular exercise reduces stress levels,  and helps to maintain a healthy weight. As well as a general health benefit such as reducing the risk of heart disease, both have positive effects on digestive health.
Equally be careful with antibiotics. They can be effective in fighting bacterial infections,  but they also wipe out both good and bad bacteria. As a rule of thumb do not take them for colds, or sore throats, and if you have a viral infection then antibiotics will be useless.
By feeding your gut microbiome a diverse diet with plentiful vegetables and fruits, gives your body the chance to keep gut health in balance.
Additionally probiotics in the form of fermented foods are healthier for your gut than non-fermented foods. For example, kefir, yogurt kimchi and sauerkraut can improve your gut health.
Lastly it is also key to drink plenty of water daily to keep your gut microbiome healthy. There is strong correlation between positive nutrition and hydration.

A health gut microbiome has been linked to normal functioning of the central nervous system. Indeed there is a two-way communication between your central nervous system and gut microbiota. This is the gut-brain-axis.
Gut inflammation has been linked to some mental illnesses including anxiety and depression. Recently, studies
Researchers from the Universities of Edinburgh and Dundee identified a probiotic which prevents the build-up of a protein which is linked with Parkinson’s Disease.

Probiotics are power foods providing you with the good bacteria that strengthen your immune system.
Research into the use of probiotics has also shown positive impacts in the treatment of anxiety and depression. Indeed eating fermented foods does confer both gastrointestinal and cognitive benefits.

When your gut is out of balance, it’s normally easy to tell. You’ll experience bloating, gas, diarrhoea, and stomach pain or nausea. happily some imbalances  fix themselves after a short while. but, if they become chronic issues, they might require professional attention. As qualified nutritionists we can tests
There is a long the list of intestinal and gut complaints that leads people to consult a GP. and such complaints are very common in the general population. These include symptoms of IBS such as flatulence, bloating, regurgitation, heartburn, nausea, vomiting, constipation, diarrhoea, food intolerance, incontinence, abdominal pain and cramps, loss of appetite, weight loss and blood in stools.

What is irritable bowel syndrome?

IBS generally affects the large intestine or colon. The symptoms are cramping, pain in the abdomen, frequent bloating, gas, and changes in bowel movements. Also diarrhoea or constipation, or periods of both. For this reason, IBS is either classified as IBS-A, IBS-C, IBS-D or mixed IBS.

Maintaining a good balance of gut bacteria is important to your overall health.  People with a wide variety of good gut bacteria tend to be healthier.  Healthy gut microbiota also includes a variety of prebiotic and probiotic organisms.

An IBS diagnosis results when:

IBS is a big issue to the healthcare system as it is one of the most complex conditions to treat. But there is a lack of consensus on the effective approach to managing it.
There is also a lack of formal diagnostic criteria for IBS. Diagnosis exclusion of other bowel conditions is the medical procedure generally adopted. So tests for Inflammatory Bowel Disease (IBD), Diverticulitis, and Colon Cancer are the start. If they are negative and you continue to have symptoms, an IBS diagnosis follows.

Coeliac Disease differs from IBS. It affects the small intestine in people who are predisposed to an autoimmune response. The result is an intolerance to gluten. This is due to the changes in the structure of the small intestine which causes severe malabsorption issues when gluten remains in the diet.

CD, UC and MC are all inflammatory bowel disorders (IBDs). They affect the large intestine, but, CD has can also  affect other parts of the digestive tract. These conditions cause heightened inflammatory conditions in the bowel. Untreated they can progress to poly or ulcers formation in the walls of the colon.

Sufferers of this autoimmune condition, experience widespread pain and a lowered pain threshold. They may also experience IBS-like symptoms.

Low stomach acid
Hypochlorhydria is far more common than we used to believe. Most people with heartburn and reflux actually suffer from low stomach acid. This reduces the ability of food breakdown in the stomach. It may lead to feelings of fullness when eating meat or high-fat meals in particular. Low stomach acid allows food to pass through the digestive system largely undigested. This leads to symptoms of inflammation, bloating, cramping and pain.

We specialise in alleviating the symptoms of Irritable Bowel Syndrome (IBS) and other gut conditions. Conditions which share a symptom picture with IBS include Crohn’s Disease and Ulcerative Colitis.

We also help sufferers of other diseases of which IBS is often a concurrent condition. These include those listed above as well as Interstitial Cystitis, Restless Leg Syndrome, Acne Rosacea and others

Our patients can expect to achieve significant reduction in symptoms by the 3rd visit in our recommended programmes. This is usually 3-4 months from the outset of investigations and commencement of a treatment regime.

We Can Help - Let's Talk 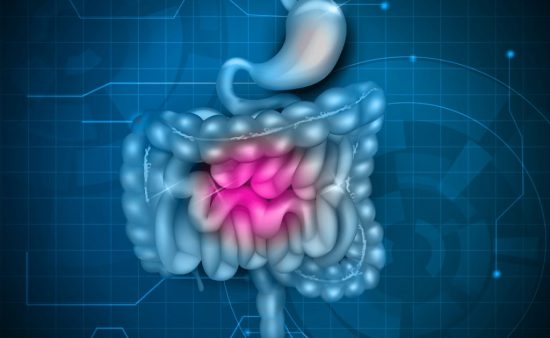 Our focus is on helping you to improve gut health naturally

We specialise in alleviating the symptoms of Irritable Bowel Syndrome (IBS) and other gut conditions. Conditions which share a symptom picture with IBS include Crohn’s Disease and Ulcerative Colitis. 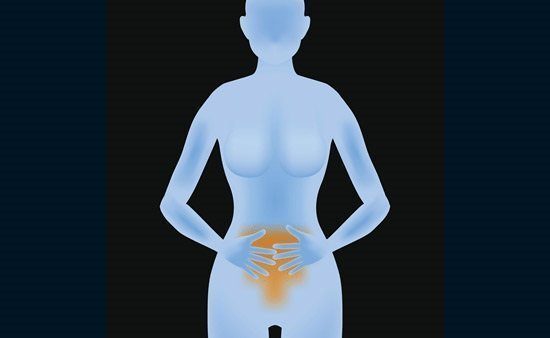 We also help sufferers of other diseases of which IBS is often a concurrent condition. These include those listed above as well as Interstitial Cystitis, Restless Leg Syndrome, Acne Rosacea and others 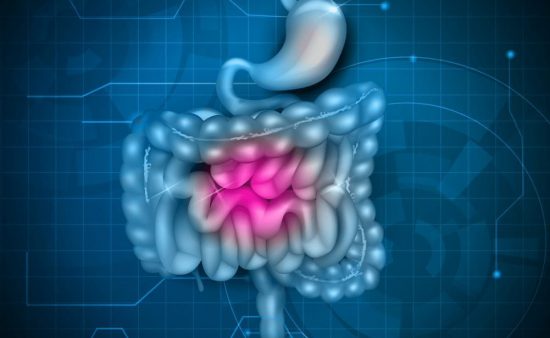 Our patients can expect to achieve significant reduction in symptoms by the 3rd visit in our recommended programmes. This is usually 3-4 months from the outset of investigations and commencement of a treatment regime.

What our clients say

“Hey Tracey, Hope you are well. Just wondering if I can book in to come and see you as in one month time I will be off the programme that you have prescribed for me. I have noticed such fantastic results and I am feeling so much better, with much more energy and also my skin has really improved. I am still getting a few pimples here and there however as each week progresses I am noticing that my face is getting clearer and clearer. Yeah it is working!!!!!”

CB, Patient with Fatigue and Acne
“I’m delighted to report that you have delivered on your promise that I will be able to enjoy a wider range of foods. I’m feeling substantially better than when we first met, a welcome reduction in the pain.”

S T, Patient with Parasites, candida and multiple food sensitivities
“Thank you so much! Coming to see you, loosing nearly 5 stone! And maintaining a gluten free and lactose free diet made it possible. Any pains I have now I manage by drinking loads of bone broth it really helps. Thanks for helping us extend our little family I am so grateful for your support Tracey!”

SR, Patient with IBS and fertility issue
“I started seeing Tracey as I had been suffering from a number of strange gut symptoms such as bloating, constipation and odd gurglings. I suspected that I might have a wheat intolerance too as some of my symptoms seemed to be caused by the foods I ate.
Once I started to see Tracey, she discovered a whole load of other food intolerances but also discovered that I was harbouring a gut parasite and two different species of Candida.

After a summer of diet change and some tablet taking I am now free of both and can even enjoy the odd slice of cake now and then without ill effect. Thank you Tracey! YD, Patient with IBS with parasites and candida.
I can honestly say that it was such a pleasure to meet Tracey and find someone that is genuinely interested in my health and finding the cause of my symptoms. I had been suffering with bowel issues for over 15 years and Tracey has managed to pinpoint that I actually had an infection by the name of SIBO. Tracey was very informative about SIBO and with a combination of taking special supplements and a radical change in diet, my symptoms have improved by 90% so far. There is still a way to go, but I am confident that with Tracey’s advice I will reach my goal. She has been brilliant and most of all, has given me my life back!”

RD, Patient with SIBO Once